When our daughter was born seven years ago, I made a pact. She would have me as long as I have had my father. Thankfully, the number of years that I have to keep on living rises by the day as my father is going strong at age 78.

There are a number of factors contributing my father’s longevity. Heredity certainly was not one of them. His mother died at 38 and his father at 53 to cancer. So when at 50 it was discovered he had a tumor in his jaw, we prayed for the best but prepared ourselves for the worst. Thank God, the tumor was benign and my father recovered fully.

This brush with death set him on a path most men don’t travel. He actually paid close attention to his health. He was never one to not see a doctor like so many men (“nothing wrong with me”). But this made him stick to a regular schedule of checkups and alerting his doctor if anything seemed awry. That’s why his prostate cancer was detected early.

Doctors will tell you if you contract prostate cancer past a certain age you will most likely die from some other cause. With all the nerve endings in that part of the body, there’s a certain risk that removal can create a number of other side effects, like incontinence. Dad weighed all those things. In the end, his doctor’s words probably made the decision for him:

“You will probably die from something else, but I would feel much better with that tumor in a jar in my office than in your body.”

Decision made, he went through with the surgery. It was a fairly short recovery time. The procedure took place just after Thanksgiving. At Christmas, he enjoyed the holidays with his family, meeting my girlfriend and her two children for the first time.

I’ve made him aware of the pact over the last few years. It’s something that goes into each birthday card. Besides wishing him a happy birthday, I encourage him to keep raising the bar. He has and I vow to do the same for my children.

Prostate cancer robs too many grandfathers, fathers, brothers, sons, uncles and friends of their time on this earth. Movember is about making prostate cancer a blip on the screen rather than a life-ending result.

Please help by donating to my Movember campaign. The last day is on Saturday, Movember 30. Thank you, in advance, for your help and support. 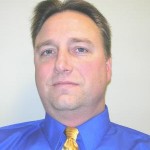 As young children growing up, nobody ever says, “I want to be a copywriter.” It’s an avocation that chooses you. Somewhere between writing articles for the school newspaper and a term paper for advertising and marketing class in college, a light goes on and shouts, “this is what I should do, be a … END_OF_DOCUMENT_TOKEN_TO_BE_REPLACED